Australia initiates an industrial review in the vicinity of ancient rock art.

The Australian government has undertaken an industrial evaluation on Western Australia's Burrup Peninsula.

MELBOURNE, Sept 15, 7 :44 pm (Reuters) - The Australian government has launched a review of industry on the Burrup Peninsula in Western Australia, a key gas export hub, after concerns were raised by indigenous women about damage to ancient rock art.

Environment Minister Tanya Plibersek agreed to appoint an investigator to assess all impact on ancient rock art from industry on the Burrup Peninsula, in response to an application from two indigenous women representing a group called Save our Songlines.

"The consultant will take as long as is needed to prepare the report. There is no statutory timeframe," a spokesperson for Plibersek said in emailed comments.

Once the review is done, the investigator must make a recommendation to the minister on whether to order new protection of indigenous heritage on the Burrup Peninsula, where there are more than a million ancient rock carvings which have been nominated for a UNESCO World Heritage listing.

"This is an unprecedented opportunity to consider all the impacts of every industry on the Burrup on our sacred rock art sites and provide permanent protections in federal laws," said indigenous woman Raelene Cooper, who applied for the review under the Aboriginal and Torres Strait Islander Heritage Protection Act.

Plibersek last month rejected a request by the same group seeking to block construction of a A$4.5 billion ($3.0 billion) fertiliser plant after consulting the local representative group for the traditional owners, the Murujuga Aboriginal Corp, about its potential impact on ancient rock art.

"This is a dangerous and contradictory position from the government that makes no sense and reveals the hypocrisy at the heart of all consultation between traditional custodians and industry on the Burrup," Cooper said in a statement.

India expresses worry to the United States regarding the deal for Pakistan's F-16 fighter fighters.

The nuclear outage at Ringhals 4 in Sweden has been extended into the winter months. 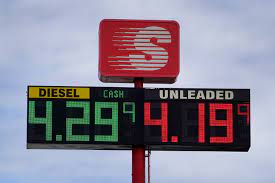 The EU intends to regulate Russian gas prices as Putin threatens the West of a winter freeze.